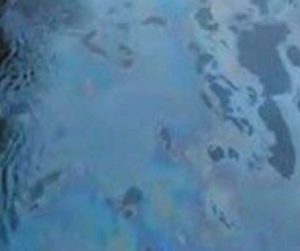 Kerry County Council is working to identify the source of a major pollution incident that has seen the Lee River in Tralee covered by a slick of spilled fuel.  The fuel spill appears to have occurred late last week, and since Friday council staff have been working to clean the spilled fuel from the river, which is a popular trout fishing spot and flows into the sea near Tralee’s wetlands wildlife preserve.

While the trout do not appear to have been harmed in large numbers, a number of dead fish could be seen floating in the river on Friday and Saturday.  A strong smell of fuel also permeated along the section of river where the spill was at its worst, a roughly 150-metre stretch of water to the rear of the Rose Hotel.

While it had been speculated that the spill may have originated at a pumping station at Fels Point, this has been ruled out by engineers from Kerry County Council, who are now working to find the source of the spill.  The exact amount of fuel that entered the river remains unknown and The Kerryman understands it could range from just a few gallons of petrol or diesel to a much larger quantity. As the drainage system that flows into the Lee covers about a quarter of Tralee, locating the source of the spill will be a complicated task.

Whether the spill resulted from someone dumping a relatively small quantity of fuel down a drain to a major leak also remains unclear at this stage.  All relevant bodies including Inland Fisheries Ireland have been informed of the spill and will be kept up to date on the status of the investigation.

Verde Remediation Services are Ireland’s largest oil spill remediation (clean up) company and experts in the management of complex heating oil spills of kerosene and diesel.

We have successfully completed over 3,000 domestic oil spill remediation projects across the whole of Ireland from our offices in Wicklow, Cork, Galway and Mayo.

Our specialist teams, overseen by a dedicated Project Manager, are on hand to help you clean up the affected area and get your property back to normal in no time.

Posted in Oil Spill Clean Up and tagged oil spill